With all the bad press that Russia is getting nowadays it has become a challenge to write articles about Russia that are constructive, true, and balanced.

Russian politics, economy, society, and religion are all topics that have become controversial in recent years. I have stayed away from these topics in my articles because you can never do it right. When, as a foreigner, you write critically about Russia, you provoke the fury of many Russians and when you write positively, most foreigners will label you as a useful idiot and a ‘Putin-Versteher’ (Putin Empathizer). Even when I write positively about my personal and subjective experiences, many Russians call me an exalted foreigner who does not know real Russian life, whereas they advise me to go back where I came from and return to Holland when I write something personal that is negative.

When looking for topics to share about Russia that are unequivocally and objectively positive, I thought of #CoolRussianBrands. And this is how I started my journey of discovery into the world of Russian brands. I hope you will join me on this journey through this series of articles about #CoolRussianBrands. The search parameters for the #CoolRussianBrands were simple. I was looking for brands of high-quality consumer products with international appeal and potential, but that are still largely unknown on international markets. Brands with a fascinating and real ‘origin-story’ that speak to the imagination and that are still owned by their founders.

The first brand, Arctic Explorer, I found by staying close to my own area of interest, outdoor activities, adventures, and expeditions. When I first learned about the brand Arctic Explorer, I was transported back in time to the epic stories my father told me in my youth about famous adventurers like Thor Heyerdahl and Fridtjof Nansen. Thor Heyerdahl, the Norwegian adventurer who in 1947 with his Kon-Tiki expedition sailed 8,000 km across the Pacific Ocean in a hand-built raft from South America to the Tuamotu Islands. Fridtjof Nansen, the Norwegian Noble laureate, who was the first to cross the icecap of Greenland in 1888 and who froze his ship, The Fram, in the polar ice and drifted from Siberia toward Spitsbergen in 1895. 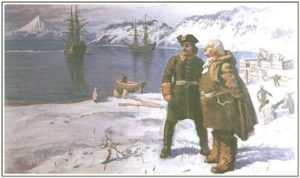 As it turned out, the brand Arctic Explorer was not dreamed up by slick and savvy corporate marketers. Arctic Explorer is the real thing. The brand originates in the over five centuries long history of Russian Arctic explorations. We have all heard of Vitus Jonassen Bering or, as he was known in Russia, Ivan Ivanovich Bering. Bering was a Danish cartographer and explorer and an officer in the Russian Navy. Bering was the leader of two great Russian Arctic expeditions and was the first to reach Alaska from Russia and the first to establish that there was a sea between Russia and America. This sea was named the Bering Strait in his honor.

Less known in the West but famous in Russia is the Arctic explorer and living legend Artur Nikolaevich Chilingarov. Chilingarov, a Hero of the Soviet Union and a Hero of the Russian Federation, conquered the North and South poles, and with his 81 years still commands tremendous authority in the Arctic world. In 2007, Chilingarov planted a titanium Russian flag on the North Pole on the bottom of the Arctic Ocean at a depth of 4.2 kilometers. 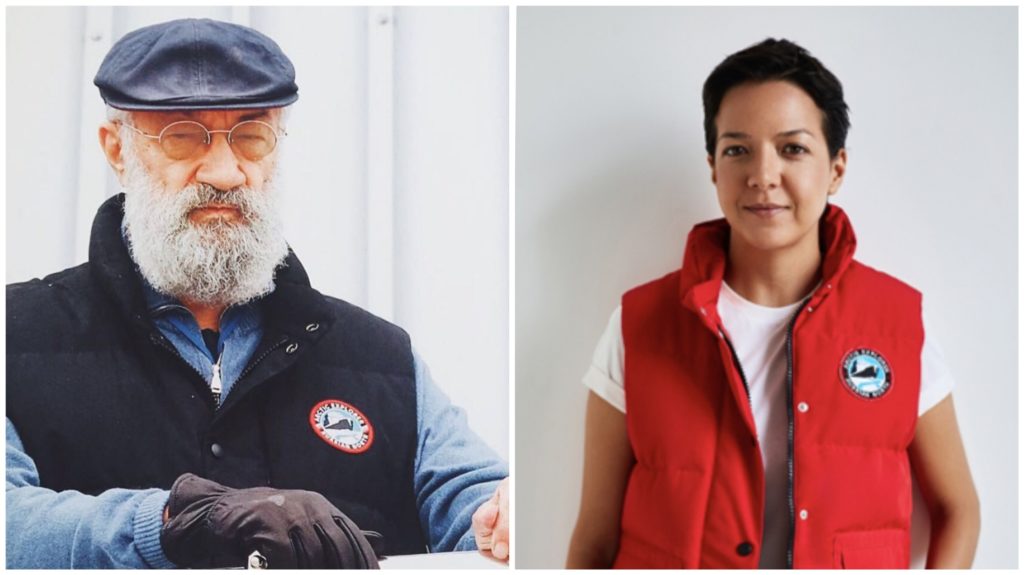 One of the two founders of Arctic Explorer, is Ksenya Chilingarova, Chilingarov’s daughter. Ksenya and her business partner Anatoly Tsoir founded Arctic Explorer with the aim to pass on the great cultural heritage of Russia’s arctic exploration to future generations by producing winter coats that inspire adventure and last a lifetime. 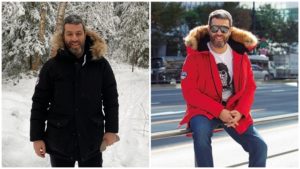 I reached out to Anatoly with the request to meet and he answered me within the hour. During our meeting Anatoly explained to me that Russians, living in the country with the largest Arctic territory in the world (40% of Russia’s territory lies north of the Arctic Circle), are probably the best winter dressers on earth. Therefore, he continued, it makes perfect sense that Russia should have its own brand of winter coats.

The logo of Arctic Explorer, a round blue, white and red emblem with an icebreaker in the middle, is based on the exclusive Russian Imperial Emblems that were used for polar expeditions. The Arctic Explorer coats are not less exclusive and have become a cult-brand worn by the likes of supermodel Natalya Vodyanova, famous Russian actor/producer Fedor Bondarchuk, and Hollywood star John Malkovich. 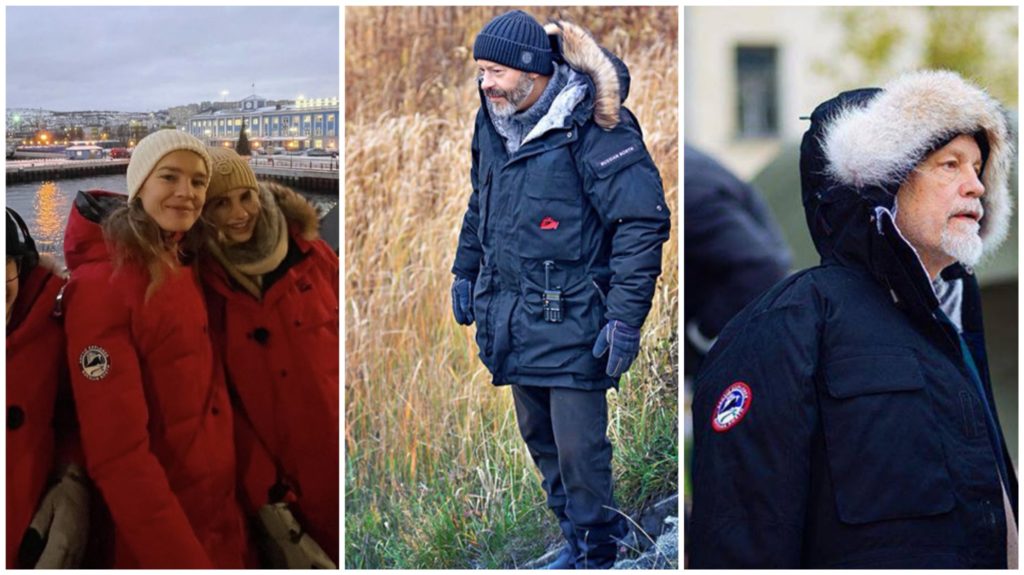 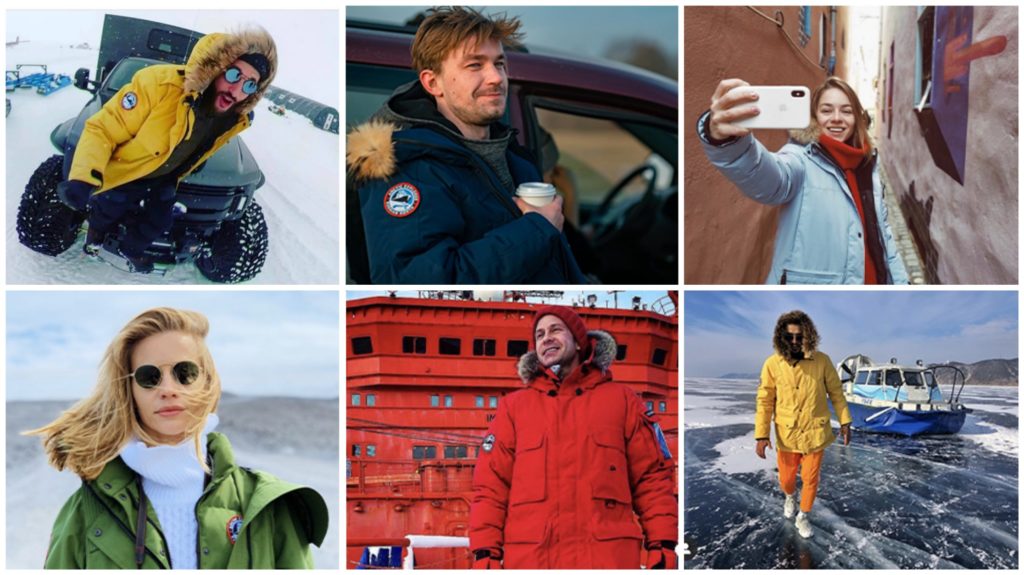 You often read in the news about the next up-and-coming electric vehicle producer that is the next potential ‘Tesla killer’. I would not be surprised if, some years from now, Arctic Explorer turns out to be the ‘Canada Goose killer’ or ‘Moncler killer’. And when the day comes that we will see more Arctic Explorers around us, the world will start to look a little ‘cooler‘.

(NB: The brands that we selected for this series of articles were approached by us. We have no commercial interest in the brands we write about and receive no compensation for the articles. The aim of the CoolRussianBrands articles is to showcase the vibrant creativity and entrepreneurship that still exists in Russia but is little known outside of Russia.)