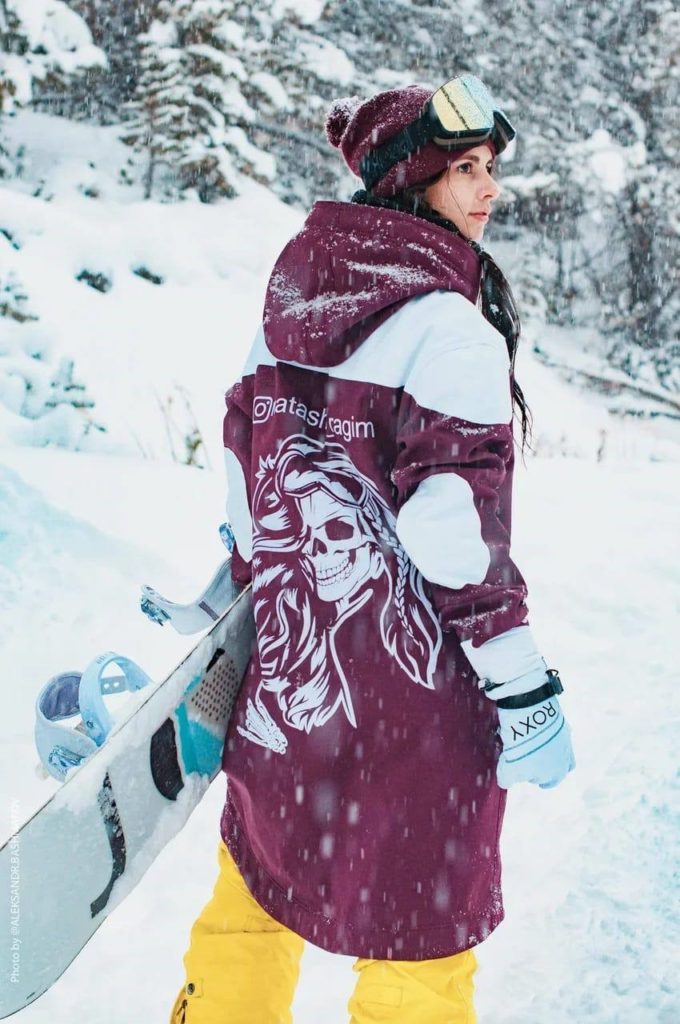 In the previous article on Cool Russian Brands, I featured the brand Arctic Explorer. A brand rooted in the history and tradition of Russia’s Arctic exploration and now part of the establishment and the mainstream fashion community.

The brand featured in this article, MAXWEAR, is not rooted in the past but stands on the edge of tomorrow. It is not part of the establishment but springs forth from a subculture of extreme sports enthusiasts hailing from Russia’s regions. It is not a brand developed by experienced businesspeople from Moscow but by a group of enthusiastic millennials born and raised in the land of the river Don Cossacks more than a thousand kilometers south of Moscow. The word Cossack has its origin in the Turkic word qazaq, meaning “free man” or “adventurer”. And this brand of unique custom-made clothing for snowboarders brings the best of the Cossack tradition far into the 21st century. The vibrant, free, creative, expressive, and bold energy that MAXWEAR exudes caught my eye and made me want to know more about the person behind it. 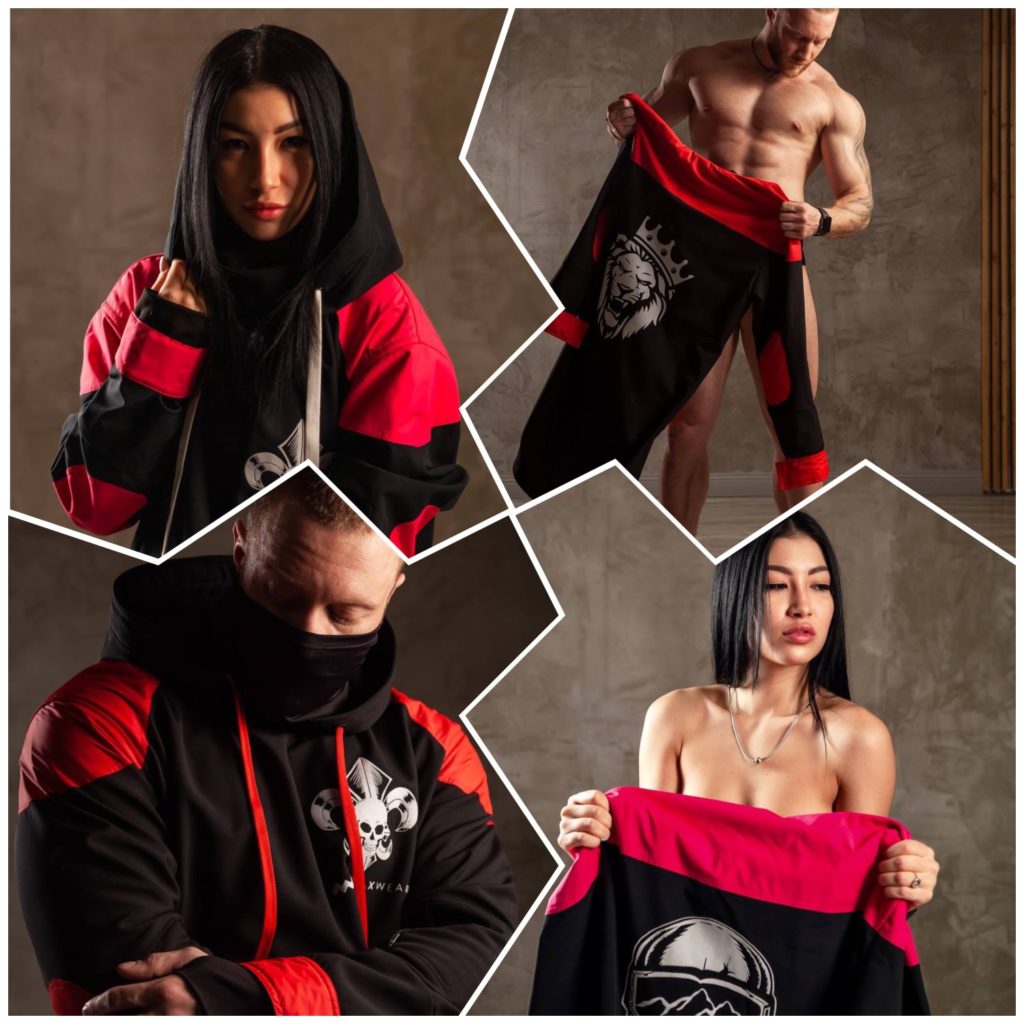 When I reached out to Maksim Oblozhko, the founder of MAXWEAR, he replied with genuine enthusiasm. “This will be my first real interview, but I am in the hospital at the moment, and I hope you don’t mind I will not be in the most professional environment” he told me. As it turned out, Maksim broke his collar bone while playing ice hockey and proposed to do the interview from his hospital bed while being prepared for the operation the next morning. 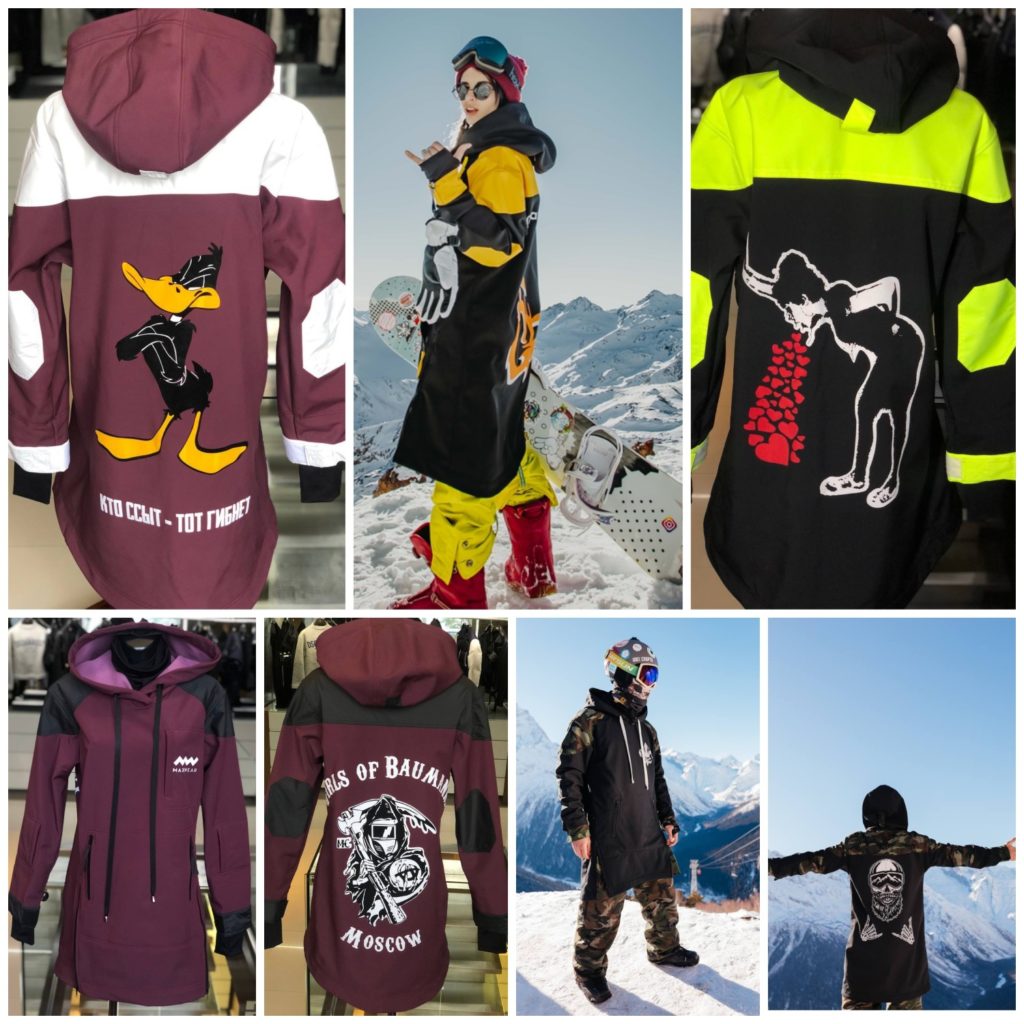 What struck me immediately was Maksim’s enthusiasm and conscious approach to life. He explained that what he does in life “comes from within” and that he follows his heart. It was this inner voice that motivated him to leave the rural village of his birth and move to the small town of Zernograd in the south of Russia where he studied to become a genetic agronomist. During his studies he made his first steps on the crossroads between sports and creativity touring theatres as a performing comedian while practicing extreme sports such as ice hockey, wakeboarding, and snowboarding. He was soon noticed by the owner of a fashion boutique in Rostov on Don, one of Russia’s “miljonikiy” (cities with more than a million population) who invited Maksim to come work for him.

A restless creative spirit with a taste for extreme sports, Maksim soon discovered that he could not find a functional, bright, and interesting outfit for his snowboarding adventures that was to his liking. And what do you do, as a descendant of the free-spirited Don Cossacks? You do not go to Decathlon, but you make it yourself. And this is how Maksim’s first characteristic snowboarding hoody saw the light of day. Almost Immediately his girlfriend wanted one as well and all his friends started placing orders, one after the other. 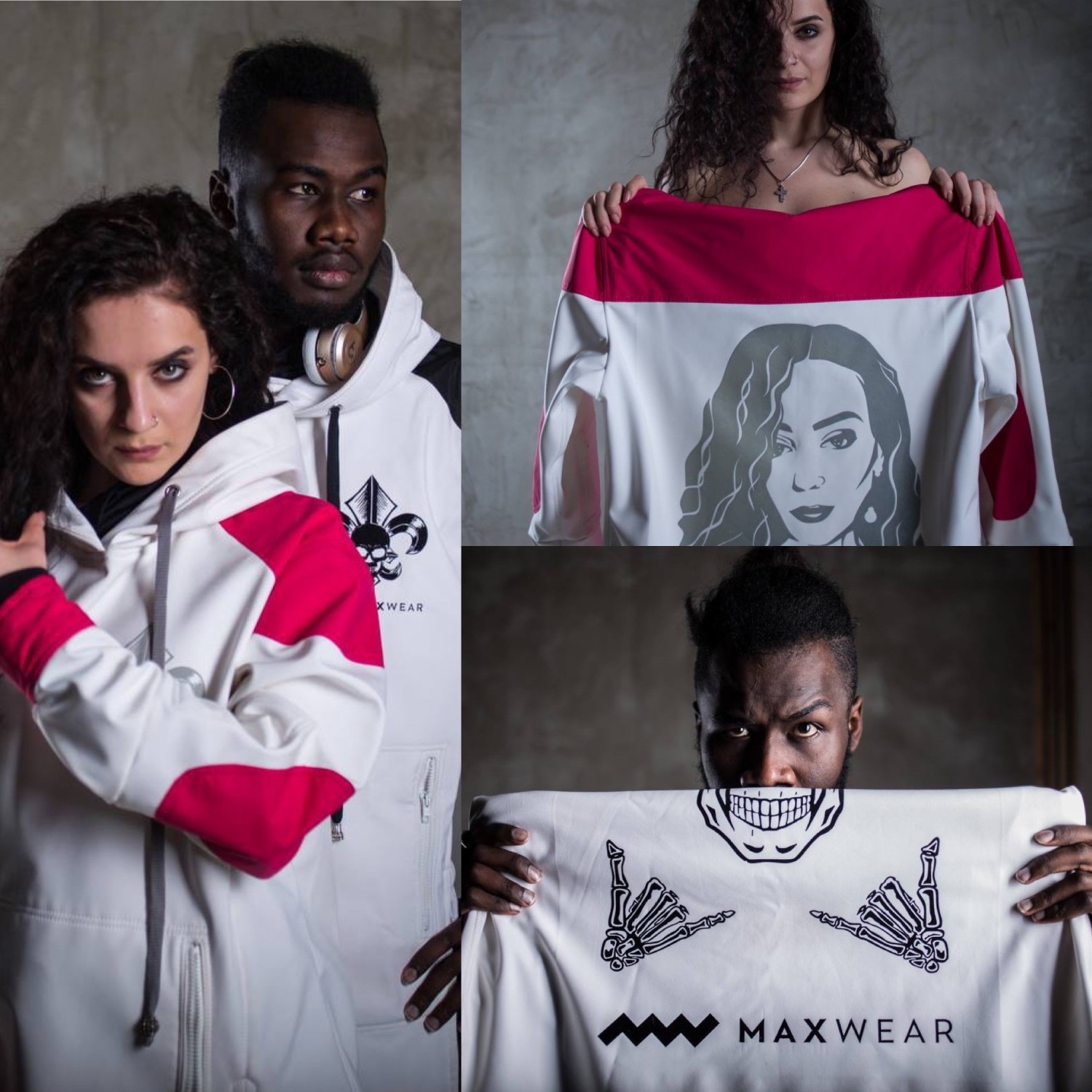 I felt great sympathy for Maksim’s approach to life. When he lacks something, he does not complain but bends reality to his will and creates that what he is missing. For a 30-year-old, he is wise beyond his years in realizing that when you complain, it says more about yourself than about the thing you are complaining about. And with this can-do attitude he mobilized his friends to create the brand and logo of MAXWEAR, start social media promotion and develop the business from a “friends and family affair” to a small and independent business that now produces unique snowboarding hoodies for people all over Russia and abroad. 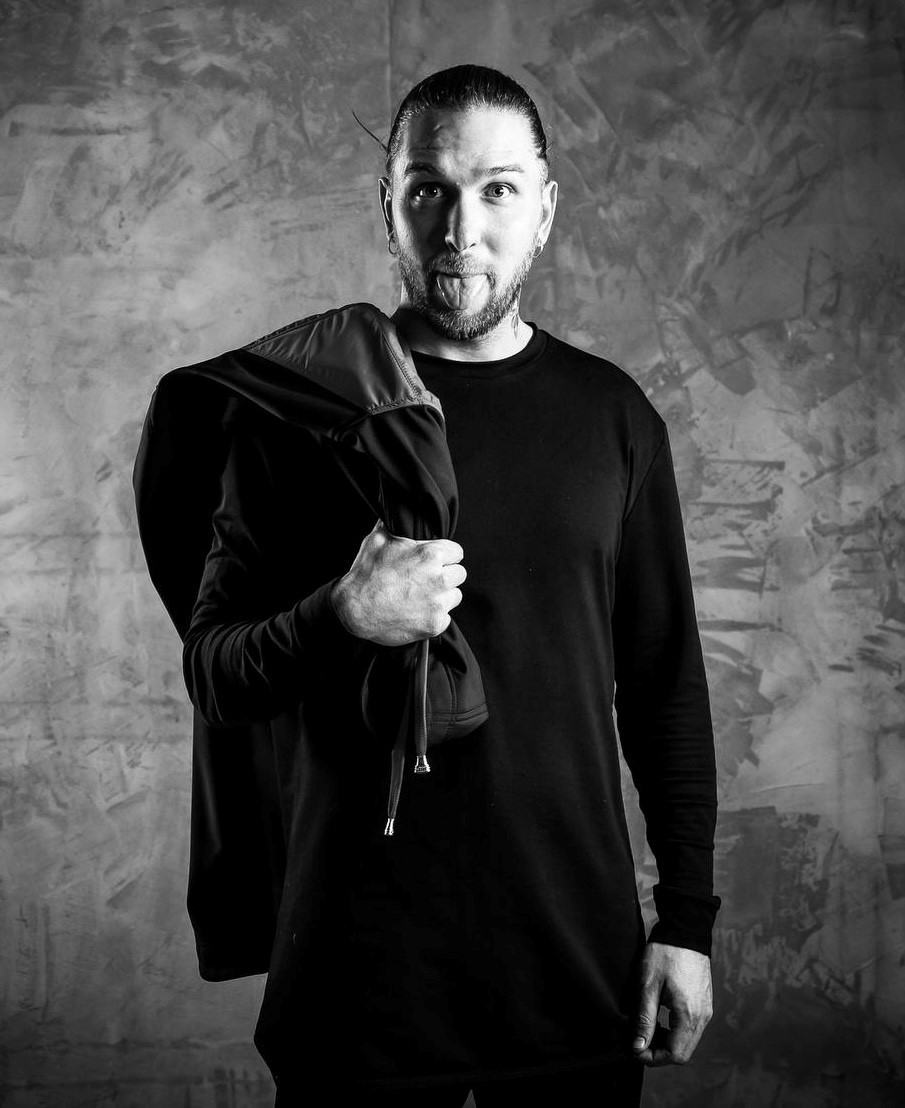 Maksim does not only live the life of a 21 century Cossack, but he also looks the part. With long hair, numerous tattoos and rings in ears and nose he would not be out of place in a modern-day version of Ilya Repin’s painting of the “Zaporozhian Cossacks”. But also his looks are intertwined with his business. “The trust I put in my tattoo artist is the same trust I want my clients to be able to put in me when they order my products” is what he told me. “It is the people who buy my hoodies that motivate me and keep me grounded and focused” Maksim explains. When girls write him that they never received as much attention on the slopes as when they were wearing his hoodies because everyone would ask them where they got theirs, then this is something that drives him forward to become better and bigger. 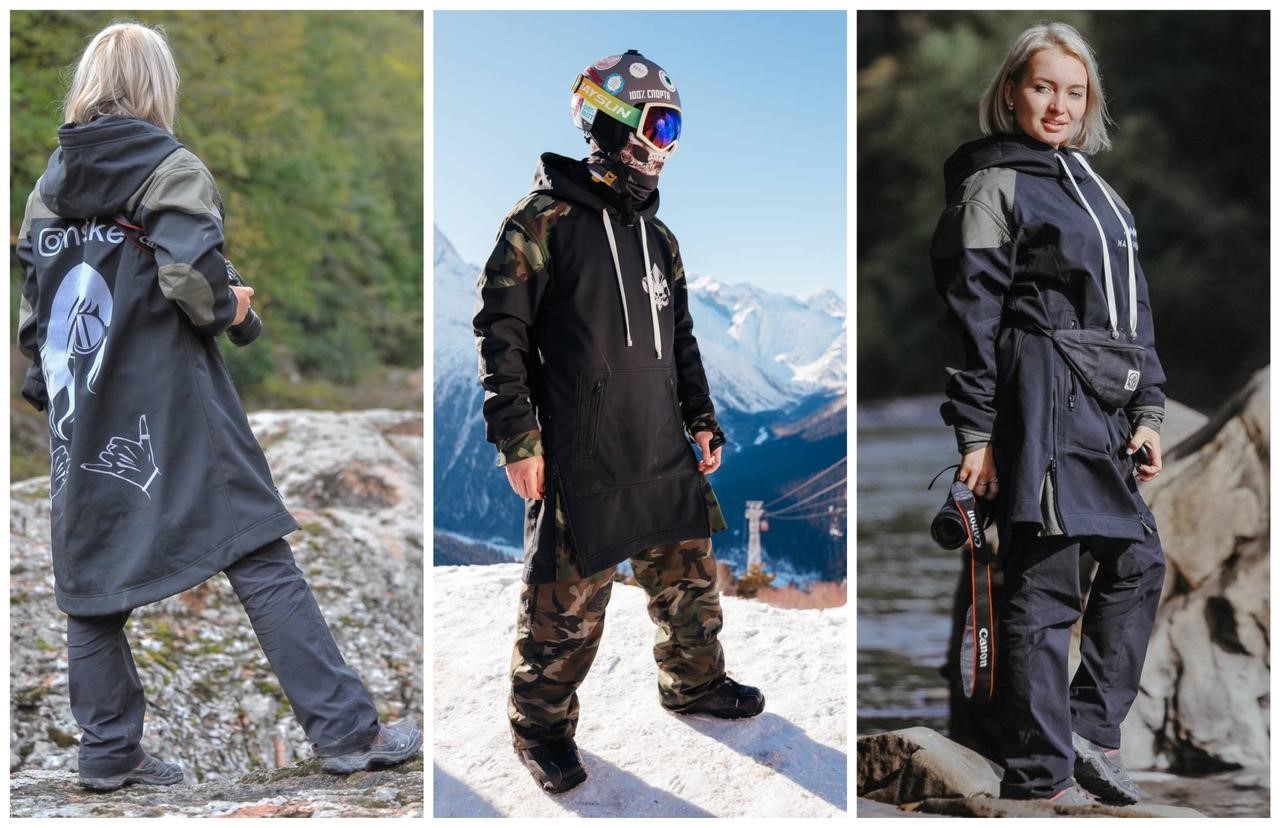 And better and bigger MAXWEAR will become, I have no doubt. Maksim knows he is halfway and still has much to learn and several transformations to go through. At the same time, he knows that at heart he is a designer who draws energy from the feedback he gets from like-minded people who wear and enjoy his clothes. He aims to inspire people to live a creative and active life, realizing their inner potential. When I ask how he sees his future Maksim replies without hesitation that he wants to “conquer the world”. But an instant later a shadow comes over his eyes when he says he is afraid of loosing touch with his “people” – his clients – and loosing control over quality and design. He explains he can do anything when motivated by praise but that he does not function well under criticism. So keeping the MAXWEAR tribe intact is his priority. But when I push him a bit, the designer/entrepreneur takes the upper hand again and he starts telling me about the chain of outlets he would like to start. Loft-style showrooms, that combine an office, photo studio, café, and sports facilities. And why not? 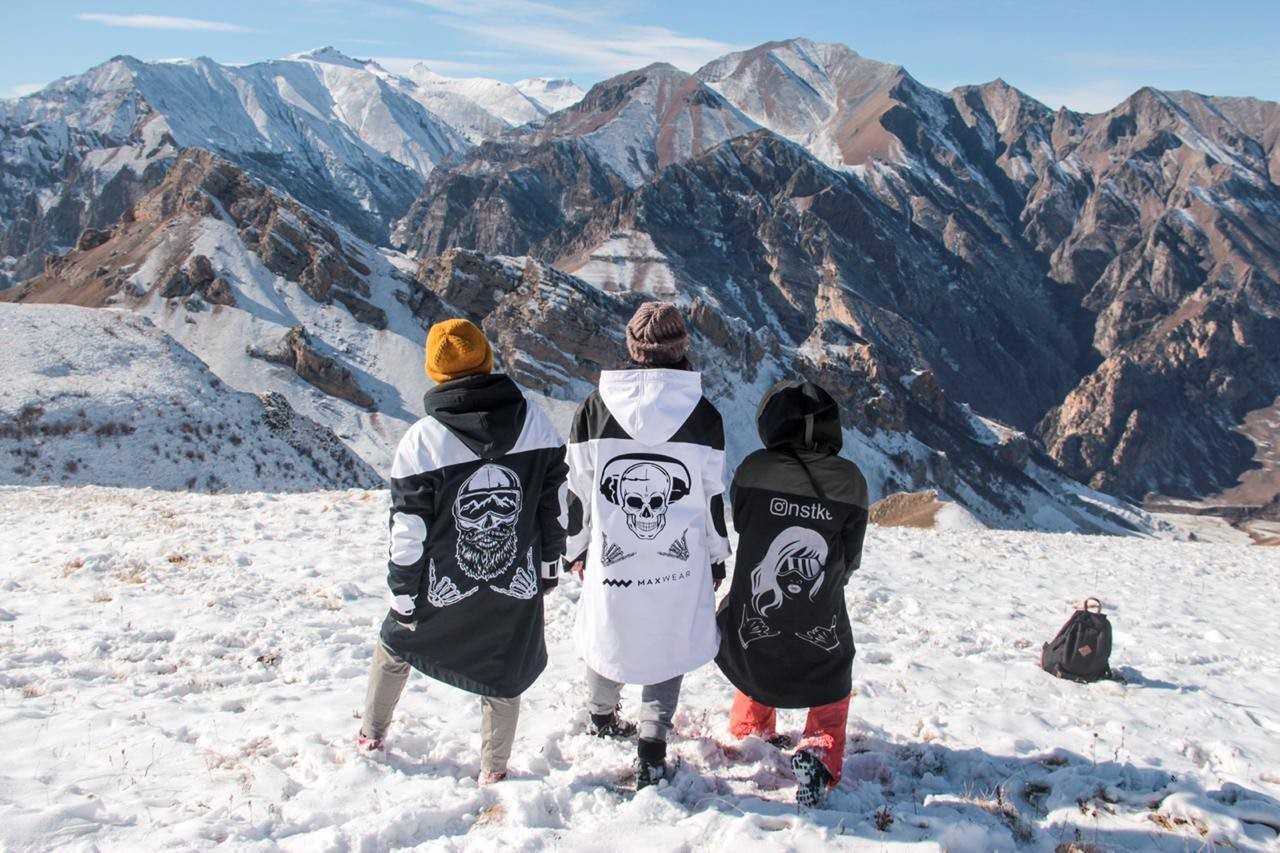 MAXWEAR aficionados are millennials with an active lifestyle and a taste for adrenaline. As a jaded middle-aged entrepreneur, I am definitely not the target audience of Maksim’s brand. But when I look at his creations, I see a unique, creative, and authentic expression of highly professional starting entrepreneur, and that is something that I can relate to very well. 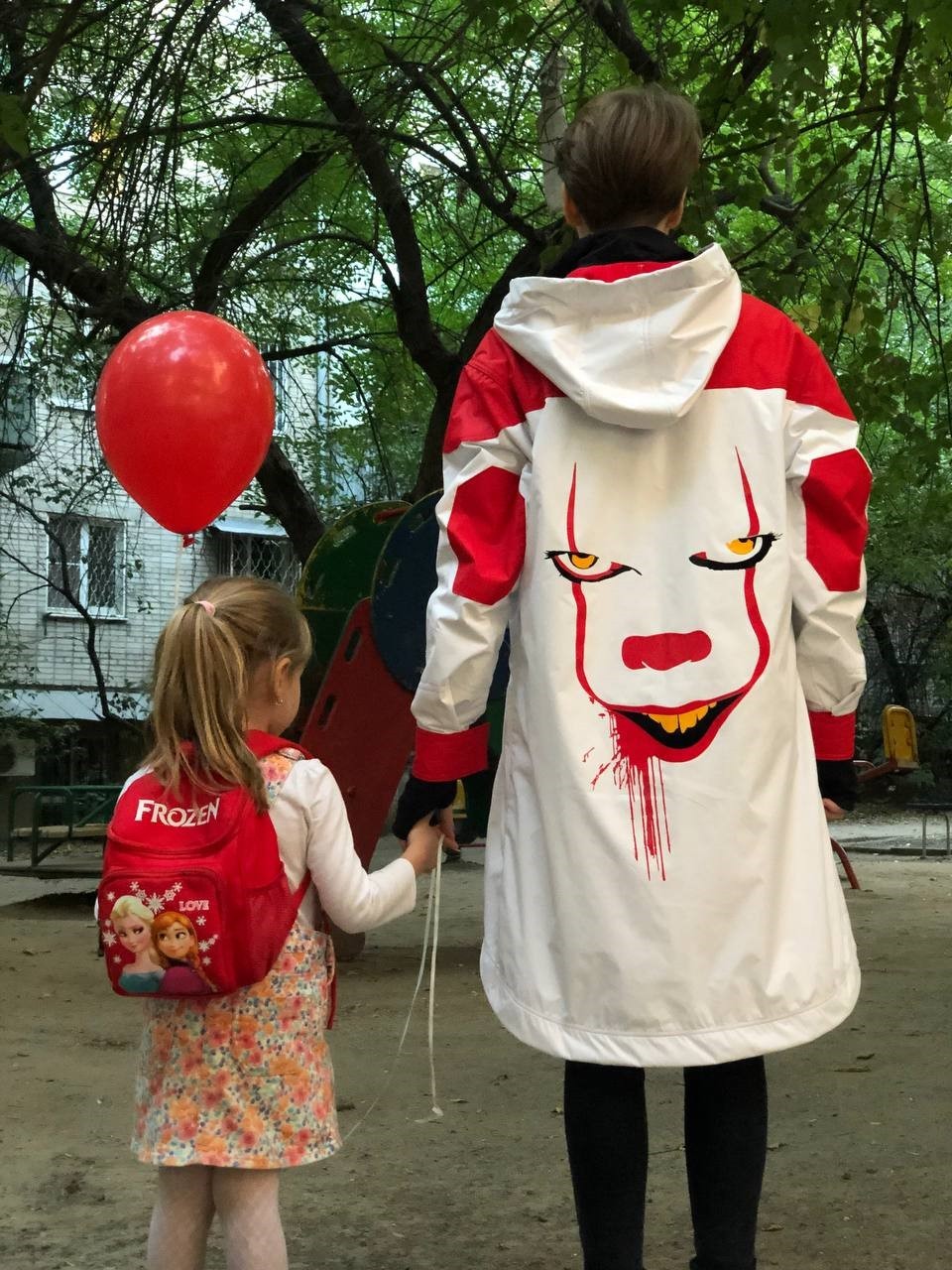 The idea that this exotic, expressive and colorful brand of clothing for extreme sportspeople originates form the steppes of Southern Russia and the vast surface of the tikhiy (quiet) Don river is something that brings a smile to my face. It tells me that, despite all troubles that Russia is going through, the country’s capacity for creation and regeneration is limitless. Something that was echoed by Maksim who told me that for him the Russia of politics is separated from the Russia of people. And that the Russia of people is a place where you can complain or try to create something new. A place where you can be comfortable when you continue to search, to develop and to be active. He added that MAXWEAR enthusiasts form a community of like-minded people with a growth-mindset but who choose to not yet embrace the practical maturity of the older population. This resonated with me, not only because I believe we should separate the Russia of politics from the Russia of people, but also that Russia teaches us one thing, and that is that “life is what me make it”. 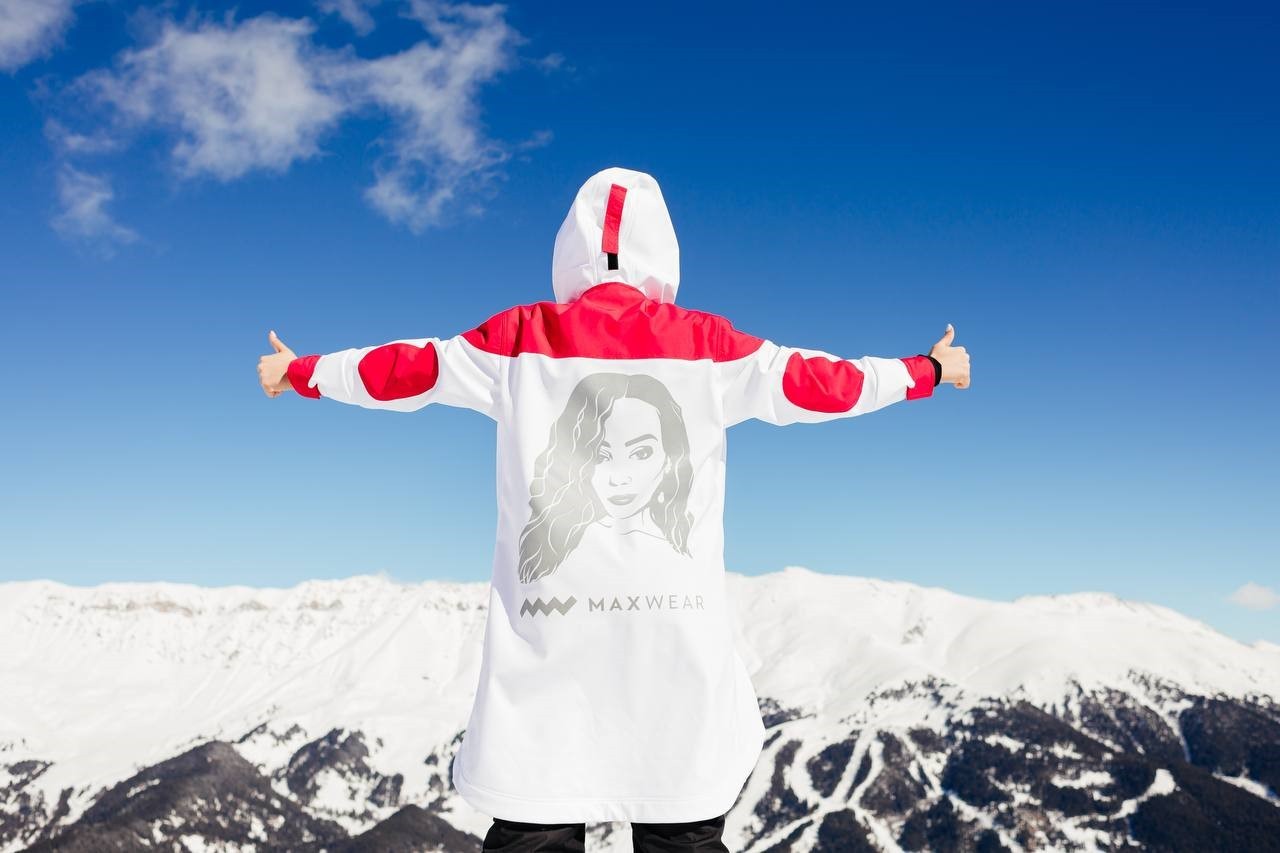 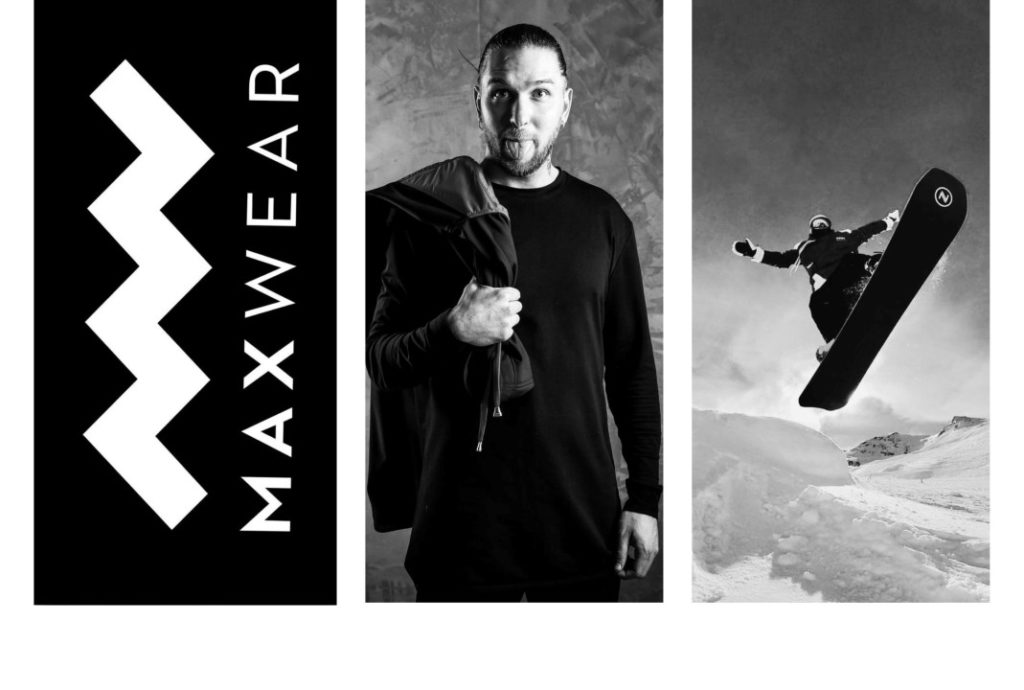